The ultimate goal of every round is to gather enough victory points (VPs) to win. Most prominently, New World Empires offers three basic strategies to accommodate different playing styles:

As the game captures 400 years of human technology and advancements, focusing on a playing style means to focus on different kinds of research as represented by the respective research trees (see “Research” info panel). Researches within one tree partially depend on each other, so choose your focus wisely: you will not be able to research everything at once.

Hint: While the perfect playing style also depends on what your opponent does, it is generally a sound approach to combine and balance the different styles in a way that fits your own strategy. The Warfare, or military, research tree is the one that is recommended for experienced players striving for military dominance. It is the only tree featuring light and heavy units of all three military unit types (Infantry, Cavalry, and Artillery), as well as additional specialized military units. By combining unit types and skillfully deploying them, a seasoned player can be very hard to beat during a war. On the other hand, a Warfare focus requires more planning and micro-management than the Economy or Colonization focus.

Hint: A Warfare focus should be complemented by other research as well. Administrators (Economy branch) help to pacify occupied provinces by converting them to non-core provinces. Ships (Colonization branch) allow you to reach overseas territory with your highly skilled military units. 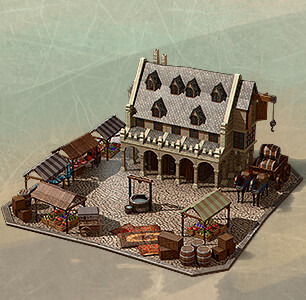 The Economy research tree is recommended for players who prefer to focus on growing a robust economy and making the most of their provinces. It is built around one unit in particular: the Administrator. Administrators can upgrade province states all the way up from colonies or occupied provinces to highly productive core provinces. They are also needed to upgrade province levels which give a tremendous production boost as well as VPs.

Hint: While the Economy focus features mercenary military units (which require a shorter time to recruit, but are expensive in both recruitment and maintenance), you can add light and heavy military units to the mix (Warfare branch) - especially when expanding your territory. Finally, even the most economically focused player will have to look at colonization options to establish profitable colonies overseas (Colonization branch). 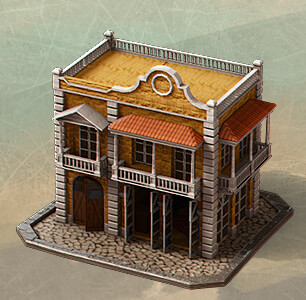 The Colonization research tree rewards both territorial expansion and economic prowess. It allows skilled players to dominate the map by exploration, sea travel, and the founding and maintaining of colonies. VPs are mainly gathered by building and defending vast colonial empires while trying to keep wars away from the core country on the continent. This is made possible through specialized colonial troops, which are particularly suited for the terrain found in overseas areas like jungle or desert. In addition, the Colonization branch features the weak but extremely cheap Native unit, which can only be recruited in colonies and is best used for garrison duty.

Hint: Playing with a focus on colonization requires a secondary focus on a stable economy, since founding and upgrading colonies requires a lot of resources, too. On the other hand, you will have ample supply of luxury goods, which are rare in Continental Europe but required for some high level buildings.

Each focus allows for a highly distinctive playing style and gameplay experience. Each has very different strengths and weaknesses. It is recommended to try out different strategies in different rounds to get to know them and eventually pick the best strategies depending on your start country and your neighbors.

Hint: While advanced players will try to counter other players with the most appropriate researches and units, this is of course also possible by allying with players who possess the type of units suitable for a certain situation. Or they just provide the needed amount of additional units... So regardless of the playstyle: Do never underestimate the power of diplomatic relations to other players.